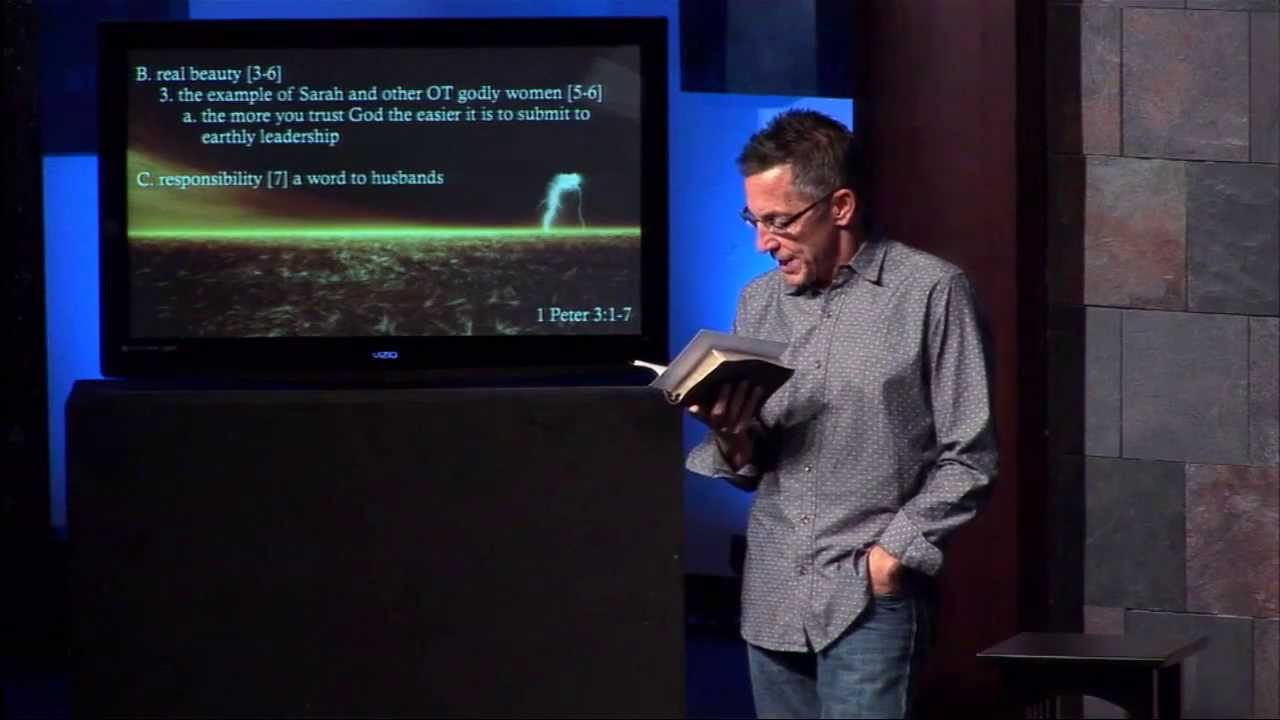 What does the Bible say about a godly marriage?

This means that the marriage relationship is a model of God and specifically the Trinity.

When a marriage does not function properly, it mars the image of God and it breaks down every aspect of society.

God gives us very clear guidance in His Word on how we can best experience the gift of intimacy and love that He gave to us through sex.

If you are wondering what the Bible says about pre-marital sex or marital sex, use the verses below to study in context what God would have for you to learn.

Sex was meant as wonderful experience between husband and wife to provide physical, emotional, and spiritual bonding.

If you are feeling overwhelmed with a sexual sin, remember that God promises to forgive us and cleanse us from all unrighteousness.

1 John 1:9 If we confess our sins, he is faithful and just to forgive us our sins, and to cleanse us from all unrighteousness.

God wants to pour grace on you so you can move forward in healing from hurtful sexual choices and into a place of fulfillment!

I am afraid that when I come again my God will humble me before you, and I will be grieved over many who have sinned earlier and have not repented of the impurity, sexual sin and debauchery in which they have indulged.

But among you there must not be even a hint of sexual immorality, or of any kind of impurity, or of greed, because these are improper for God’s holy people.

However, each one of you also must love his wife as he loves himself, and the wife must respect her husband.

The acts of the flesh are obvious: sexual immorality, impurity and debauchery;

That is why a man leaves his father and mother and is united to his wife, and they become one flesh.

Marriage should be honored by all, and the marriage bed kept pure, for God will judge the adulterer and all the sexually immoral.

Or do you not know that wrongdoers will not inherit the kingdom of God? Do not be deceived: Neither the sexually immoral nor idolaters nor adulterers nor men who have sex with men

Flee from sexual immorality. All other sins a person commits are outside the body, but whoever sins sexually, sins against their own body.

If we confess our sins, he is faithful and just and will forgive us our sins and purify us from all unrighteousness.

But I tell you that anyone who looks at a woman lustfully has already committed adultery with her in his heart.

1 Now concerning the things whereof ye wrote unto me: It is good for a man not to touch a woman.

2 Nevertheless, to avoid fornication, let every man have his own wife, and let every woman have her own husband.

5 Defraud ye not one the other, except it be with consent for a time, that ye may give yourselves to fasting and prayer; and come together again, that Satan tempt you not for your incontinency.

6 But I speak this by permission, and not of commandment.

7 For I would that all men were even as I myself. But every man hath his proper gift of God, one after this manner, and another after that.

8 I say therefore to the unmarried and widows, It is good for them if they abide even as I.

9 But if they cannot contain, let them marry: for it is better to marry than to burn.

10 And unto the married I command, yet not I, but the Lord, Let not the wife depart from her husband:

11 But and if she depart, let her remain unmarried, or be reconciled to her husband: and let not the husband put away his wife.

12 But to the rest speak I, not the Lord: If any brother hath a wife that believeth not, and she be pleased to dwell with him, let him not put her away.

13 And the woman which hath an husband that believeth not, and if he be pleased to dwell with her, let her not leave him.

15 But if the unbelieving depart, let him depart. A brother or a sister is not under bondage in such cases: but God hath called us to peace.

17 But as God hath distributed to every man, as the Lord hath called every one, so let him walk. And so ordain I in all churches.

20 Let every man abide in the same calling wherein he was called.

21 Art thou called being a servant? care not for it: but if thou mayest be made free, use it rather.

23 Ye are bought with a price; be not ye the servants of men.

24 Brethren, let every man, wherein he is called, therein abide with God.

25 Now concerning virgins I have no commandment of the Lord: yet I give my judgment, as one that hath obtained mercy of the Lord to be faithful.

26 I suppose therefore that this is good for the present distress, I say, that it is good for a man so to be.

28 But and if thou marry, thou hast not sinned; and if a virgin marry, she hath not sinned. Nevertheless such shall have trouble in the flesh: but I spare you.

29 But this I say, brethren, the time is short: it remaineth, that both they that have wives be as though they had none;

31 And they that use this world, as not abusing it: for the fashion of this world passeth away.

32 But I would have you without carefulness. He that is unmarried careth for the things that belong to the Lord, how he may please the Lord:

33 But he that is married careth for the things that are of the world, how he may please his wife.

35 And this I speak for your own profit; not that I may cast a snare upon you, but for that which is comely, and that ye may attend upon the Lord without distraction.

36 But if any man think that he behaveth himself uncomely toward his virgin, if she pass the flower of her age, and need so require, let him do what he will, he sinneth not: let them marry.

37 Nevertheless he that standeth stedfast in his heart, having no necessity, but hath power over his own will, and hath so decreed in his heart that he will keep his virgin, doeth well.

39 The wife is bound by the law as long as her husband liveth; but if her husband be dead, she is at liberty to be married to whom she will; only in the Lord.

40 But she is happier if she so abide, after my judgment: and I think also that I have the Spirit of God.

2 Corinthians 6:14  Do not be bound together with unbelievers; for what partnership have righteousness and lawlessness, or what fellowship has light with darkness?

Proverbs 18:22  He who finds a wife finds a good thing And obtains favor from the Lord.

Hebrews 13:4  Marriage is to be held in honor among all, and the marriage bed is to be undefiled; for fornicators and adulterers God will judge.

Genesis 2:24  For this reason a man shall leave his father and his mother, and be joined to his wife; and they shall become one flesh.

Matthew 22:30  For in the resurrection they neither marry nor are given in marriage, but are like angels in heaven.

Wives, in the same way be submissive to your husbands so that, if any of them do not believe the word, they may be won over without words by the behavior of their wives when they see the purity and reverence of your lives.

Your beauty should not come from outward adornment, such as braided hair and the wearing of gold jewelry and fine clothes.

Instead, it should be that of your inner self, the unfading beauty of a gentle and quiet spirit, which is of great worth in God’s sight.

For this is the way the holy women of the past who put their hope in God used to make themselves beautiful. They were submissive to their own husbands, like Sarah, who obeyed Abraham and called him her master. You are her daughters if you do what is right and do not give way to fear.

Husbands, in the same way be considerate as you live with your wives and treat them with respect as the weaker partner and as heirs with you of the gracious gift of life, so that nothing will hinder your prayers.

Likewise, ye wives, be in subjection to your own husbands; that, if any obey not the word, they also may without the word be won by the conversation of the wives;

2 While they behold your chaste conversation coupled with fear.

3 Whose adorning let it not be that outward adorning of plaiting the hair, and of wearing of gold, or of putting on of apparel;

4 But let it be the hidden man of the heart, in that which is not corruptible, even the ornament of a meek and quiet spirit, which is in the sight of God of great price.

5 For after this manner in the old time the holy women also, who trusted in God, adorned themselves, being in subjection unto their own husbands:

6 Even as Sara obeyed Abraham, calling him lord: whose daughters ye are, as long as ye do well, and are not afraid with any amazement.

7 Likewise, ye husbands, dwell with them according to knowledge, giving honour unto the wife, as unto the weaker vessel, and as being heirs together of the grace of life; that your prayers be not hindered.

We use cookies on our website to give you the most relevant experience by remembering your preferences and repeat visits. By clicking “Accept All”, you consent to the use of ALL the cookies. However, you may visit "Cookie Settings" to provide a controlled consent.
Cookie SettingsAccept All
Manage consent

This website uses cookies to improve your experience while you navigate through the website. Out of these, the cookies that are categorized as necessary are stored on your browser as they are essential for the working of basic functionalities of the website. We also use third-party cookies that help us analyze and understand how you use this website. These cookies will be stored in your browser only with your consent. You also have the option to opt-out of these cookies. But opting out of some of these cookies may affect your browsing experience.
Necessary Always Enabled
Necessary cookies are absolutely essential for the website to function properly. These cookies ensure basic functionalities and security features of the website, anonymously.
Functional
Functional cookies help to perform certain functionalities like sharing the content of the website on social media platforms, collect feedbacks, and other third-party features.
Performance
Performance cookies are used to understand and analyze the key performance indexes of the website which helps in delivering a better user experience for the visitors.
Analytics
Analytical cookies are used to understand how visitors interact with the website. These cookies help provide information on metrics the number of visitors, bounce rate, traffic source, etc.
Advertisement
Advertisement cookies are used to provide visitors with relevant ads and marketing campaigns. These cookies track visitors across websites and collect information to provide customized ads.
Others
Other uncategorized cookies are those that are being analyzed and have not been classified into a category as yet.
SAVE & ACCEPT